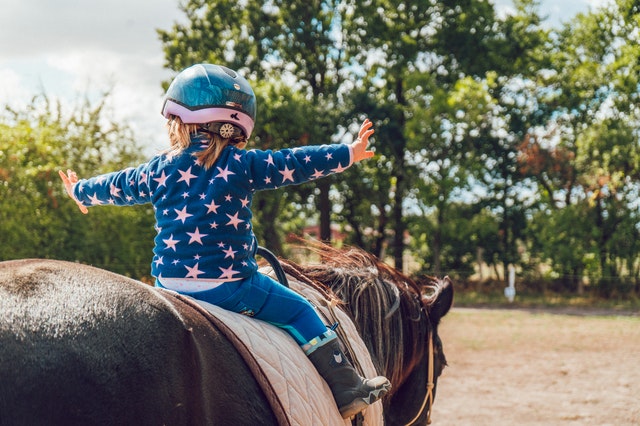 Your answer depends on your relationship with fear. Overcoming such an intense emotion isn’t easy, but you can change the narrative by stepping out from behind your fear and taking some powerful, calculated risks.

Courage is simple. What I mean is, it’s not something only superheroes have, not something you only get in momentous life-or-death situations—courage doesn’t always look grand.

Sure, it’s in these heart-stopping moments that courage shows its life-changing powers. But courage can also be quiet—it’s something we draw strength from during our little everyday battles.

“Bravery is being the only one who knows you’re afraid.”―Franklin P. Jones

“It takes courage to grow up and become who you really are.”―E.E. Cummings

“You cannot swim for new horizons until you have courage to lose sight of the shore.” ―William Faulkner

“The best way out is always through.” ―Robert Frost

“Being brave means knowing that when you fail, you don’t fail forever.” ―Lana Del Rey

“Have the courage to follow your heart and intuition. They somehow already know what you truly want to become.” ―Steve Jobs

“Be brave. Take risks. Nothing can substitute experience.” ―Paulo Coelho

“Fortune always favors the brave, and never helps a man who does not help himself.” ―P. T. Barnum

“The most courageous act is still to think for yourself. Aloud.” ―Coco Chanel

“To a brave man, good and bad luck are like his left and right hand. He uses both.” ―St. Catherine of Siena

“Courage is being scared to death… and saddling up anyway.”―John Wayne

“Without courage, we cannot practice any other virtue with consistency. We can’t be kind, true, merciful, generous, or honest.” ―Maya Angelou

“You can’t be brave if you’ve only had wonderful things happen to you.” ―Mary Tyler Moore

“Courage is knowing what not to fear.”― Plato

“I learned that courage was not the absence of fear, but the triumph over it. The brave man is not he who does not feel afraid, but he who conquers that fear.”― Nelson Mandela

“Courage isn’t having the strength to go on – it is going on when you don’t have strength.”― Napoleon Bonaparte

“Courage is being scared to death, but saddling up anyway.”― John Wayne

“You have plenty of courage, I am sure,” answered Oz. “All you need is confidence in yourself. There is no living thing that is not afraid when it faces danger. The true courage is in facing danger when you are afraid, and that kind of courage you have in plenty.”― L. Frank Baum

“Courage doesn’t happen when you have all the answers. It happens when you are ready to face the questions you have been avoiding your whole life.”― Shannon L. Alder

True courage is about facing life without flinching. I don’t mean the times when the right path is hard, but glorious at the end. I’m talking about enduring the boredom, the messiness, and the inconvenience of doing what is right.”― Robin Hobb

Real courage is doing the right thing when nobody’s looking. Doing the unpopular thing because it’s what you believe, and the heck with everybody.”― Justin Cronin

“Courage to me is doing something daring, no matter how afraid, insecure, intimidated, alone, unworthy, incapable, ridiculed or whatever other paralyzing emotion you might feel. Courage is taking action….no matter what. So you’re afraid? Be afraid. Be scared silly to the point you’re trembling and nauseous, but do it anyway!”― Richelle E. Goodrich

“Courage is about learning how to function despite the fear, to put aside your instincts to run or give in completely to the anger born from fear. Courage is about using your brain and your heart when every cell of your body is screaming at your to fight or flee – and then following through on what you believe is the right thing to do.”― Jim Butcher

“Pride is holding your head up when everyone around you has theirs bowed. Courage is what makes you do it.”― Bryce Courtenay

I have not ceased being fearful, but I have ceased to let fear control me-. Erica Jong

Where your fear is, there is your task. -Carl Jung

I have lived my life according to this principle: If I’m afraid of it, then I must do it. -Erica Jong

I believe in getting into hot water; it keeps you clean. -G.K. Chesterton

A hero is no braver than an ordinary man, but he is brave five minutes longer.- Ralph Waldo Emerson

The more you are motivated by love, the more fearless and free your action will be. -Dalai Lama

Stand for something or you will fall for anything. Today’s mighty oak is yesterday’s nut that held its ground. -Rosa Parks

The important thing is this: To be able at any moment to sacrifice what we are for what we could become. -Charles DuBois

Courage starts with showing up and letting ourselves be seen. -Brené Brown

Do you have the courage to act outwardly on what you see inwardly.- T.D. Jakes

First principle: never to let one’s self be beaten down by persons or by events.- Marie Curie

What would life be if we had no courage to attempt anything?- Vincent van Gogh

Courage is going from failure to failure without losing enthusiasm.- Winston Churchill

Always do the things you fear the most. Courage is an acquired taste, like caviar. -Erica Jong

Amateurs are scared – scared to be vulnerable and honest with themselves. Professionals feel like they are capable of handling almost anything. -Shane Parrish

Lean into (not away from) what’s making you uncomfortable.- Shane Parrish

Will you dare to try and learn and grow? Or will you allow fear to take over? Life happens in the river, not on the shore. -Maxime Lagacé

Don’t be ashamed to need help. Like a soldier storming a wall, you have a mission to accomplish. And if you’ve been wounded and you need a comrade to pull you up? So what?- Marcus Aurelius

I want to be in the arena. I want to be brave with my life. And when we make the choice to dare greatly, we sign up to get our asses kicked. We can choose courage or we can choose comfort, but we can’t have both. Not at the same time.- Brené Brown