Home » Quote » Quotes To Help You Face Your Fears. 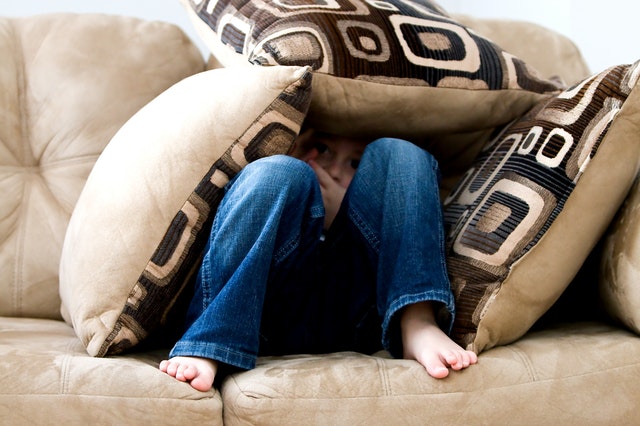 Fear can also be crippling , the opportunities we don’t seize, the experiences we’re hesitant to try out, and the stronger, better person we fail to become. Whether it’s fear of the unknown, fear of failure, or fear of success, overcoming our fears is one of the most important steps to personal development. Here are a few quotes to help you overcome those fears.

“Too many people are thinking of security instead of opportunity. They seem to be more afraid of life than death.”— James F. Byrnes

“Of all the liars in the world, sometimes the worst are our own fears.”— Rudyard Kipling

“Curiosity will conquer fear even more than bravery will.”— James Stephens

“Ignorance is the parent of fear.”— Herman Melville

“I am not afraid of tomorrow, for I have seen yesterday and I love today.”— William Allen White

“We are more often frightened than hurt; and we suffer more from imagination than from reality.”— Seneca

“Do the thing you fear and the death of fear is certain.”’— Ralph Waldo Emerson

“Where no hope is left, is left no fear.”— Milton

“Fear is only as deep as the mind allows.”— Japanese Proverb

Avoiding danger is no safer in the long run than outright exposure. The fearful are caught as often as the bold. -Helen Keller

Cowards die many times before their deaths; the valiant never taste of death but once. -William Shakespeare

Develop success from failures. Discouragement and failure are two of the surest stepping stones to success. -Dale Carnegie

Cowards die many times before their deaths; the valiant never taste of death but once. -William Shakespeare

Develop success from failures. Discouragement and failure are two of the surest stepping stones to success. -Dale Carnegie

Do not be afraid to give up the good to go for the great. -John Rockefeller

Do not fear mistakes. You will know failure. Continue to reach out. -Benjamin Franklin

Do one thing every day that scares you. -Eleanor Roosevelt

Each of us must confront our own fears, must come face to face with them. How we handle our fears will determine where we go with the rest of our lives. To experience adventure or to be limited by the fear of it. -Judy Blume

Everything you want is on the other side of fear. -Jack Canfield

Failure doesn’t mean you are a failure; it just means you haven’t succeeded yet. -Robert H. Schuller

Fear has its use, but cowardice has none. -Gandhi

Fear is the path to the dark side. Fear leads to anger. Anger leads to hate. Hate leads to suffering. -Yoda

Fears are nothing more than a state of mind. -Napoleon Hill

Feel the fear and do it anyway. -Susan Jeffers

Have no fear of perfection. You’ll never reach it.  -Salvador Dali

I failed my way to success. -Thomas Edison

I have learned over the years that when one’s mind is made up, this diminishes fear; knowing what must be done does away with fear. -Rosa Parks

I learned that courage was not the absence of fear, but the triumph over it. The brave man is not he who does not feel afraid, but he who conquers that fear. -Nelson Mandela

If you are distressed by anything external, the pain is not due to the thing itself, but to your estimate of it; and this you have the power to revoke at any moment. -Marcus Aurelius

Inaction breeds doubt and fear. Action breeds confidence and courage. If you want to conquer fear, do not sit home and think about it. Go out and get busy. -Dale Carnegie

It is hard to fail, but it is worse never to have tried to succeed. -Theodore Roosevelt

Men are not afraid of things, but of how they view them. -Epictetus

My great concern is not whether you have failed, but whether you are content with your failure. -Abraham Lincoln

Never let the fear of striking out keep you from playing the game. -Babe Ruth

Nothing in life is to be feared, it is only to be understood. Now is the time to understand more, so that we may fear less. -Marie Curie

One of the greatest discoveries a man makes, one of his great surprises, is to find he can do what he was afraid he couldn’t do. -Henry Ford

Our greatest fear should not be of failure but of succeeding at things in life that don’t really matter. -Francis Chan

Remember your dreams and fight for them. You must know what you want from life. There is just one thing that makes your dream become impossible: the fear of failure. -Paulo Coelho

Success is not final, failure is not fatal: it is the courage to continue that counts. -Winston Churchill

The greatest mistake you can make in life is to continually be afraid you will make one. -Elbert Hubbard

There are two basic motivating forces: fear and love. When we are afraid, we pull back from life. When we are in love, we open to all that life has to offer with passion, excitement, and acceptance…Evolution and all hopes for a better world rest in the fearlessness and open-hearted vision of people who embrace life.-John Lennon

Thinking will not overcome fear but action will. -W. Clement Stone

“One of the greatest discoveries a man makes, one of his great surprises, is to find he can do what he was afraid he couldn’t do.”— Henry Ford

“The only thing we have to fear is fear itself.”— Franklin D. Roosevelt

“When I hear music, I fear no danger. I am invulnerable. I see no foe. I am related to the earliest times, and to the latest.”— Henry David Thoreau

“Remembering that I’ll be dead soon is the most important tool I’ve ever encountered to help me make the big choices in life. Because almost everything – all external expectations, all pride, all fear of embarrassment or failure – these things just fall away in the face of death, leaving only what is truly important.”— Steve Jobs

“There are times when fear is good.  It must keep its watchful place at the heart’s controls.”— Aeschylus

“I learned that courage was not the absence of fear, but the triumph over it. The brave man is not he who does not feel afraid, but he who conquers that fear.”— Nelson Mandela

“There are very few monsters who warrant the fear we have of them.”— Andre Gide

“The way you overcome shyness is to become so wrapped up in something that you forget to be afraid.”— Lady Bird Johnson

Learning how to overcome fears of failure can be challenging for everyone. Fortunately, all fears are learned. No one is born with fears. Fears can therefore, be unlearned by practicing self-discipline repeatedly with regard to fear until it goes away.

The most common fears that we experience, which often sabotage all hope for success, are the fear of failure, poverty, and loss of money.These fears cause people to avoid risk of any kind and to reject opportunity when it is presented to them. They are so afraid of failure that they are almost paralyzed when it comes to taking any chances at all.

Posted in Life
← Quotes On FriendshipQuotes On Family →
Scroll To Top