Home » Quote » Quotes To Help You Acheive Your Goals. 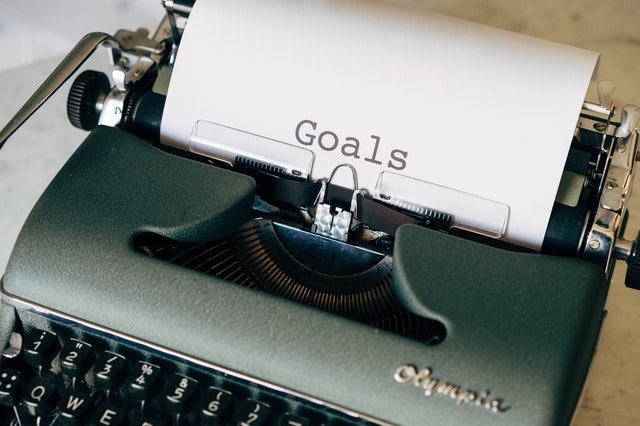 “The only limit to the height of your achievements is the reach of your dreams and your willingness to work for them.”– Michelle Obama

“Setting goals is the first step in turning the invisible into the visible.” – Tony Robbins

“If you have built castles in the air, your work need not be lost; that is where they should be. Now put the foundations under them.” – Henry David Thoreau

“A goal is not always meant to be reached, it often serves simply as something to aim at.” – Bruce Lee

“I believe the last thing I read at night will likely manifest when I’m sleeping. You become what you think about the most.” – Daymond John

“Be practical as well as generous in your ideals. Keep your eyes on the stars, but remember to keep your feet on the ground.” – Theodore Roosevelt

“It’s up to you to make your life. Take what you have and stack it up like a tower of teetering blocks. Build your dream around that.” – Cheryl Strayed

“I do know that when I am 60, I should be attempting to achieve different personal goals than those which had priority at age 20.” – Warren Buffett

“You measure the size of the accomplishment by the obstacles you have to overcome to reach your goals.” – Booker T. Washington

“You’re always working to improve, and you’re always being critiqued on your next performance. It’s not about what you’ve done. There’s always room to grow.” – Misty Copeland

“We hold ourselves back in ways both big and small, by lacking self-confidence, by not raising our hands, and by pulling back when we should be leaning in.” Sheryl Sandberg

“If we have a goal and a plan, and are willing to take risks and mistakes and work as team, we can choose to do the hard thing.” – Scott Kelly

“Some failure in life is inevitable. It is impossible to live without failing at something, unless you live so cautiously that you might as well not have lived at all — in which case, you fail by default.” – J.K. Rowling

“You don’t learn to walk by following the rules. You learn by doing, and falling over.” – Richard Branson

“The people who are crazy enough to think they can change the world are the ones who do.” – Steve Jobs

“A person should set his goals as early as he can and devote all his energy and talent to getting there. With enough effort, he may achieve it. Or he may find something that is even more rewarding. But in the end, no matter what the outcome, he will know he has been alive.” – Walt Disney

“It’s harder to stay on top than it is to make the climb. Continue to seek new goals.” – Pat Summitt

“To sit back and let fate play its hand out and never influence it is not the way man was meant to operate.” – John Glenn

“You can’t be that kid standing at the top of the waterslide, overthinking it. You have to go down the chute.” – Tina Fey

“If something is important enough, even if the odds are against you, you should still do it.” – Elon Musk

“If you’re not stubborn, you’ll give up on experiments too soon. And if you’re not flexible, you’ll pound your head against the wall and you won’t see a different solution to a problem you’re trying to solve.” – Jeff Bezos

“Do the one thing you think you cannot do. Fail at it. Try again. Do better the second time. The only people who never tumble are those who never mount the high wire. This is your moment. Own it.” – Oprah Winfrey

“The question I ask myself like almost every day is, ‘Am I doing the most important thing I could be doing?’” – Mark Zuckerberg

“I fear failure, but I won’t let it stop me. Sometimes you just got to do it or else it just doesn’t happen.” – Mark Cuban

“Believe in yourself! Have faith in your abilities! Without a humble but reasonable confidence in your own powers you cannot be successful or happy.” —Norman Vincent Peale

“If you can dream it, you can do it.” —Walt Disney

“Where there is a will, there is a way. If there is a chance in a million that you can do something, anything, to keep what you want from ending, do it. Pry the door open or, if need be, wedge your foot in that door and keep it open.” —Pauline Kael

“Do not wait; the time will never be just right. Start where you stand, and work with whatever tools you may have at your command, and better tools will be found as you go along.” —George Herbert

“Press forward. Do not stop, do not linger in your journey, but strive for the mark set before you.” —George Whitefield

“The future belongs to those who believe in the beauty of their dreams.” —Eleanor Roosevelt

“Aim for the moon. If you miss, you may hit a star.” —W. Clement Stone

“Don’t watch the clock; do what it does. Keep going.” —Sam Levenson

“Keep your eyes on the stars, and your feet on the ground.” —Theodore Roosevelt

“We aim above the mark to hit the mark.” —Ralph Waldo Emerson

“One way to keep momentum going is to have constantly greater goals.” —Michael Korda

“You just can’t beat the person who never gives up.” —Babe Ruth

“Start where you are. Use what you have. Do what you can.” —Arthur Ashe

Posted in Goals
← Quotes On Acheivements.Quotes On Economy →
Scroll To Top