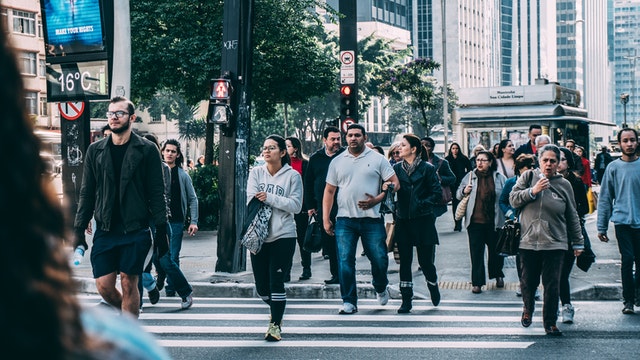 “In individuals, insanity is rare; but in groups, parties, nations and epochs, it is the rule.”― Friedrich Nietzsche

“Life is too short to waste any amount of time on wondering what other people think about you. In the first place, if they had better things going on in their lives, they wouldn’t have the time to sit around and talk about you. What’s important to me is not others’ opinions of me, but what’s important to me is my opinion of myself.”― C. JoyBell C.

“The unhappiest people in this world, are those who care the most about what other people think.”― C. JoyBell C.

“If everyone demanded peace instead of another television set, then there’d be peace.”― John Lennon

“The soul is healed by being with children.”― Fyodor Dostoevsky

“When you’re surrounded by all these people, it can be lonelier than when you’re by yourself. You can be in a huge crowd, but if you don’t feel like you can trust anyone or talk to anybody, you feel like you’re really alone.”
Fiona Apple

“What difference does it make to the dead, the orphans and the homeless, whether the mad destruction is wrought under the name of totalitarianism or in the holy name of liberty or democracy?”― Mahatma Gandhi

“It is no measure of health to be well adjusted to a profoundly sick society.”― J. Krishnamurti

“You never change things by fighting the existing reality.
To change something, build a new model that makes the existing model obsolete.”― Buckminster Fuller

“One of the saddest lessons of history is this: If we’ve been bamboozled long enough, we tend to reject any evidence of the bamboozle. We’re no longer interested in finding out the truth. The bamboozle has captured us. It’s simply too painful to acknowledge, even to ourselves, that we’ve been taken. Once you give a charlatan power over you, you almost never get it back.”― Carl Sagan

“Good humor may be said to be one of the very best articles of dress one can wear in society.”― William Makepeace Thackeray

“The oppressed are allowed once every few years to decide which particular representatives of the oppressing class are to represent and repress them.”― Karl Marx

“The good we secure for ourselves is precarious and uncertain until it is secured for all of us and incorporated into our common life.”― Jane Addams

Highly sensitive people are too often perceived as weaklings or damaged goods. To feel intensely is not a symptom of weakness, it is the trademark of the truly alive and compassionate. It is not the empath who is broken, it is society that has become dysfunctional and emotionally disabled. There is no shame in expressing your authentic feelings. Those who are at times described as being a ‘hot mess’ or having ‘too many issues’ are the very fabric of what keeps the dream alive for a more caring, humane world. Never be ashamed to let your tears shine a light in this world.”― Anthon St. Maarten

“Poverty is the parent of revolution and crime.”― Aristotle

“Imagine a society that subjects people to conditions that make them terribly unhappy then gives them the drugs to take away their unhappiness. Science fiction It is already happening to some extent in our own society. Instead of removing the conditions that make people depressed modern society gives them antidepressant drugs. In effect antidepressants are a means of modifying an individual’s internal state in such a way as to enable him to tolerate social conditions that he would otherwise find intolerable.”― Theodore Kaczynski

“Women who love themselves are threatening; but men who love real women, more so.”― Naomi Wolf

“They laugh at me because I’m different; I laugh at them because they’re all the same.”― Kurt Cobain

“I’m worried that students will take their obedient place in society and look to become successful cogs in the wheel – let the wheel spin them around as it wants without taking a look at what they’re doing. I’m concerned that students not become passive acceptors of the official doctrine that’s handed down to them from the White House, the media, textbooks, teachers and preachers.”― Howard Zinn

“Never forget that justice is what love looks like in public.”― Cornel West

“For there is but one essential justice which cements society, and one law which establishes this justice. This law is right reason, which is the true rule of all commandments and prohibitions. Whoever neglects this law, whether written or unwritten, is necessarily unjust and wicked.”― Marcus Tullius Cicero

“Civilized men are more discourteous than savages because they know they can be impolite without having their skulls split, as a general thing.”― Robert E. Howard

“A dying culture invariably exhibits personal rudeness. Bad manners. Lack of consideration for others in minor matters. A loss of politeness, of gentle manners, is more significant than is a riot.”― Robert A. Heinlein

“To be ill adjusted to a deranged world is not a breakdown.”― Jeanette Winterson

“That is the one unforgivable sin in any society. Be different and be damned!”― Margaret Mitchell

“I don’t imagine you will dispute the fact that at present the stupid people are in an absolutely overwhelming majority all the world over.”― Henrik Ibsen

“You call me a misanthrope because I avoid society. You err; I love society. Yet in order not to hate people, I must avoid their company.”― Caspar David Friedrich

“If the misery of the poor be caused not by the laws of nature, but by our institutions, great is our sin.”― Charles Darwin

Society does not consist of individuals, but expresses the sum of interrelations, the relations within which these individuals stand.– Karl Marx

Family does not necessarily mean blood relatives but often a description of a community, organisation or nation.– Queen Elizabeth

“That’s sad. How plastic and artificial life has become. It gets harder and harder to find something…real.” Nin interlocked his fingers, and stretched out his arms. “Real love, real friends, real body parts…”― Jess C Scott

“The fear of appearances is the first symptom of impotence.”― Fyodor Dostoevsky

“That millions of people share the same forms of mental pathology does not make these people sane.”― Erich Fromm

“To be wealthy and honored in an unjust society is a disgrace.”― Confucius

The problem with socialism is that you eventually run out of other peoples’ money.– Margaret Thatcher

“I suppose it’s not a social norm, and not a manly thing to do — to feel, discuss feelings. So that’s what I’m giving the finger to. Social norms and stuff…what good are social norms, really? I think all they do is project a limited and harmful image of people. It thus impedes a broader social acceptance of what someone, or a group of people, might actually be like.”― Jess C Scott

Wrong is wrong even if everyone is doing it, right is right even if you are the only one doing it.

We living in society where they criticize you more than they praise you.

Virtually every society that survived did so by socializing its sons to be disposable. Disposable in war; disposable in work. We need warriors and volunteer firefighters, so we label these men heroes.– Warren Farrell

Ethics or simple honesty is the building blocks upon which our whole society is based, and business is a part of our society, and it’s integral to the practice of being able to conduct business, that you have a set of honest standards.– Kerry Stokes

Society is like a stew. If you don’t stir it up every once in a while then a layer of scum floats to the top.– Edward Abbey

If your joy is derived from what society things of you, you’re always going to be disappointed.– Madonna

Posted in Society
← Quotes On Religion.Quotes On Stocks →
Scroll To Top