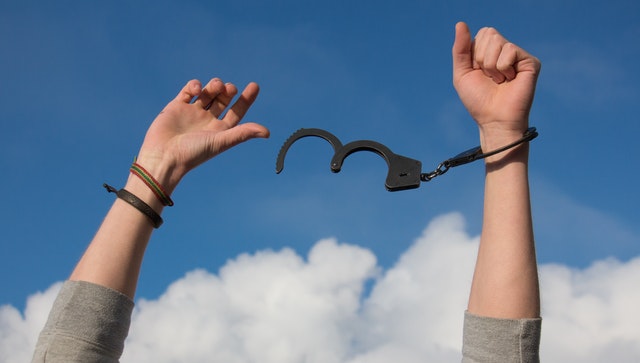 “Money won’t create success, the freedom to make it will.” –Nelson Mandela

“Live free or die: Death is not the worst of evils.” – General John Stark

“Freedom consists not in doing what we like, but in having the right to do what we ought.” – Pope John Paul II

“What then is freedom? The power to live as one wishes.” – Marcus Tullius Cicero

“It is easy to take liberty for granted, when you have never had it taken from you.”

“Better to die fighting for freedom then be a prisoner all the days of your life.” – Bob Marley

“The only way to deal with an unfree world is to become so absolutely free that your very existence is an act of rebellion.” – Albert Camus

“I prefer liberty with danger to peace with slavery.” – Jean-Jacques Rousseau

“Education is the key to unlock the golden door of freedom.” – George Washington Carver

“I would like to be remembered as a person who wanted to be free… so other people would be also free.” – Rosa Parks

“I find only freedom in the realms of eccentricity.” – David Bowie

“Freedom – to walk free and own no superior.” – Walt Whitman

“I’d like to be remembered as a person who wanted to be free and wanted other people to be also free.” – Rosa Parks

“Freedom is a state of mind.” Anonymous

“One of the greatest mental freedoms is truly not caring what anyone else thinks of you.” Anonymous

“Freedom is the oxygen of the soul.” Moshe Dayan

“Witness and stand back from nature, that si the first step to the soul’s freedom.” Sri Aurobindo

“There’s no greater freedom than the freedom to be yourself. Give yourself that gift, and choose to surround yourself with those who appreciate you exactly as you truly are.” Doe Zantamata

“The best freedom is being yourself.” Jim Morrison

“Better to die fighting for freedom then be a prisoner all the days of your life.” Bob Marley

“Education is the key to unlock the golden door to freedom.” George Washington Carver

“Freedom is never given; it is won.” A. Philip Randolph

“A hero is someone who understands the responsibility that comes with his freedom.” Bob Dylan

“Freedom is found when we let go of who we’re supposed to be and embrace who we really are.” Anonymous

“What then is freedom? The power to live as one wishes.” Marcus Tullius Cicero

“Conformity is the jailer of freedom and the enemy of growth.” John F. Kennedy

“Freedom and life are earned by those alone who conquer them each day anew.” Johann Wolfgang Von Goethe

“Follow your dreams. or you’ll spend the rest of your life working for someone who did.” Anonymous

“He who gives his freedom for safety gets none of them.” Thomas Jefferson

“Man is free at the moment he wishes to be.” Voltaire

“There is a huge amount of freedom that comes to you when you take nothing personally.” Anonymous

“Authentic freedom is actually the freedom of knowing who you are, why you are here, your purpose in life and where you are going when you leave here.” Wayne Dyer

“Sometimes what you’re most afraid of doing is the very thing that will set you free.” Anonymous

“Can you remember who you were before the world told you who you should be?” Anonymous

“For to be free is not merely to cast off one’s chains, but to live in a way that respects and enhances the freedom of others.” Nelson Mandela

“When a truth is not given complete freedom, freedom is not complete.” – Vaclav Havel

“I stand for freedom of expression, doing what you believe in, and going after your dreams.” – Madonna Ciccone

“The cost of freedom is always high, but Americans have always paid it. And one path we shall never choose, and that is the path of surrender, or submission.” – John F. Kennedy

“We gain freedom when we have paid the full price.” – Rabindranath Tagore

“I believe that freedom of speech and freedom of religion go hand-in-hand in America.” – Kirk Cameron

“Freedom is the right to tell people what they do not want to hear.” – George Orwell

“The secret of freedom lies in educating people, whereas the secret of tyranny is in keeping them ignorant.” – Maximilien Robespierre

“The greatest threat to freedom is the absence of criticism.” – Wole Soyinka

“Freedom is always and exclusively freedom for the one who thinks differently.” – Rosa Luxemburg

“A friend is someone who gives you total freedom to be yourself.” – Jim Morrison

“Just living is not enough… one must have sunshine, freedom, and a little flower.” – Hans Christian Andersen

“Love does not claim possession, but gives freedom.” – Rabindranath Tagore

“I want to give myself the freedom not to have to be projecting my whole life ahead.” – Robert Downey, Jr.

Posted in Freedom, Quotes
← Quotes On Education.Best Quotes On Change →
Scroll To Top