Home » Quote » Inspiring Quotes That Will Give You Hope. 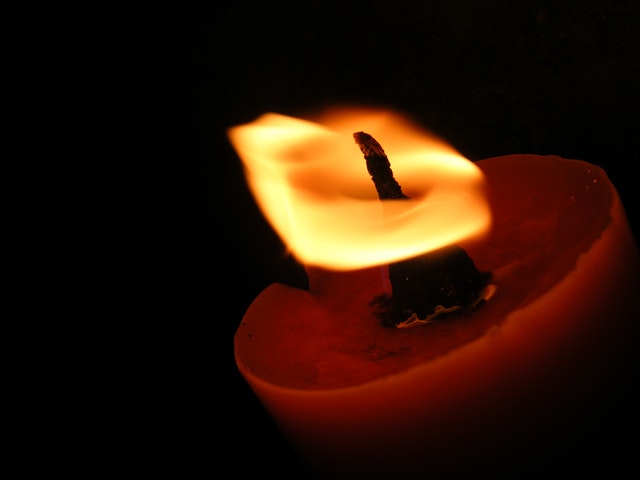 To have hope is to want an outcome that makes your life better in some way. It not only can help make a tough present situation more bearable but also can eventually improve our lives because envisioning a better future motivates you to take the steps to make it happen.

Use the following hope quotes when you are worried about the future and need encouragement. You were created for a purpose and can live an abundant life starting today!

“Most of the important things in the world have been accomplished by people who have kept on trying when there seemed to be no hope at all.”– Dale Carnegie

“Hope is the thing with feathers that perches in the soul and sings the tune without the words and never stops at all.”– Emily Dickinson

“Learn from yesterday, live for today, hope for tomorrow. The important thing is not to stop questioning.”– Albert Einstein

“Hope is important because it can make the present moment less difficult to bear. If we believe that tomorrow will be better, we can bear a hardship today.”– Thich Nhat Hanh

“This new day is too dear, with its hopes and invitations, to waste a moment on the yesterdays.”– Ralph Waldo Emerson

“As long as we have hope, we have direction, the energy to move, and the map to move by.”– Lao Tzu

“A leader is a dealer in hope.”– Napoleon Bonaparte

“We need hope, or else we cannot endure.”– Sara J. Maas

“Hope is the only universal liar who never loses his reputation for veracity.”– Robert G. Ingersoll

“Hope is that thing inside us that insists, despite all the evidence to the contrary, that something better awaits us if we have the courage to reach for it and to work for it and to fight for it.”– Barack Obama

“Hope itself is like a star – not to be seen in the sunshine of prosperity, and only to be discovered in the night of adversity.”– Charles Haddon Spurgeon

“Hope is the companion of power, and mother of success; for who so hopes strongly has within him the gift of miracles.”– Samuel Smiles

“Hope is definitely not the same thing as optimism. It is not the conviction that something will turn out well, but the certainty that something makes sense, regardless of how it turns out.”– Vaclav Havel

“Hope is the only bee that makes honey without flowers.”– Robert Ingersoll

“Hope is a good breakfast, but it is a bad supper.”– Francis Bacon

“Hope is not an emotion; it’s a way of thinking or a cognitive process.”– Brené Brown

“Of all ills that one endures, hope is a cheap and universal cure.”– Abraham Cowley

“Hope is important because it can make the present moment less difficult to bear. If we believe that tomorrow will be better, we can bear a hardship today.”– Thich Nhat Hanh

“He who has never hoped can never despair.”– George Bernard Shaw

“Hope is like a road in the country; there was never a road, but when many people walk on it, the road comes into existence.”– Lin Yutang

“Hope itself is a species of happiness, and, perhaps, the chief happiness which this world affords; but, like all other pleasures immoderately enjoyed, the excesses of hope must be expiated by pain.”– Samuel Johnson

“He who has health has hope, and he who has hope has everything.”– Thomas Carlyle

“All human wisdom is summed up in two words; wait and hope. “– Alexandre Dumas

“Hope is but the dream of those who wake.”– Matthew Prior

“However bad life may seem, there is always something you can do and succeed at. Where there’s life, there’s hope.”– Stephen Hawking

“I am prepared for the worst, but hope for the best.”– Benjamin Disraeli

“Hope is called the anchor of the soul (Hebrews 6:19) because it gives stability to the Christian life. But hope is not simply a ‘wish’ (I wish that such-and-such would take place); rather, it is that which latches on to the certainty of the promises of the future that God has made.” -RC Sproul

“The Christmas message is that there is hope for a ruined humanity–hope of pardon, hope of peace with God, hope of glory–because at the Father’s will Jesus became poor, and was born in a stable so that thirty years later He might hang on a cross.” -J.I. Packer

“Without Christ there is no hope.” -Charles Spurgeon

“Our righteousness is in Him, and our hope depends, not upon the exercise of grace in us, but upon the fullness of grace and love in Him, and upon His obedience unto death.” -John Newton

“Hope is the thing with feathers that perches in the soul and sings the tune without the words — And never stops at all.” -Emily Dickinson

“The best we can hope for in this life is a knothole peek at the shining realities ahead. Yet a glimpse is enough. It’s enough to convince our hearts that whatever sufferings and sorrows currently assail us aren’t worthy of comparison to that which waits over the horizon.” -Joni Eareckson Tada

“Hope begins in the dark, the stubborn hope that if you just show up and try to do the right thing, the dawn will come. You wait and watch and work: You don’t give up.” -Anne Lamott

“What gives me the most hope every day is God’s grace; knowing that his grace is going to give me the strength for whatever I face, knowing that nothing is a surprise to God.” -Rick Warren

“True faith means holding nothing back. It means putting every hope in God’s fidelity to His Promises.” -Francis Chan

“Jesus gives us hope because He keeps us company, has a vision and knows the way we should go.” -Max Lucado

“Notice the word ‘hope” (in Psalm 62:5). The Hebrew term literally means “a cord, as an attachment.’ Every one of us is hanging on to something or someone for security. … if it’s someone or something other than God alone, you’re hanging on by a thread – the wrong thread.” -Beth Moore

“Our world today so desperately hungers for hope, yet uncounted people have almost given up. There is despair and hopelessness on every hand. Let us be faithful in proclaiming the hope that is in Jesus.” -Billy Graham

“What gives me the most hope every day is God’s grace; knowing that his grace is going to give me the strength for whatever I face, knowing that nothing is a surprise to God.” -Rick Warren

“Remember Whose you are and Whom you serve. Provoke yourself by recollection, and your affection for God will increase tenfold; your imagination will not be starved any longer, but will be quick and enthusiastic, and your hope will be inexpressibly bright.” -Oswald Chambers

“The Spirit of God first imparts love; he next inspires hope, and then gives liberty; and that is about the last thing we have in many of our churches.” -Dwight L. Moody

“Only when our greatest love is God, a love that we cannot lose even in death, can we face all things with peace. Grief was not to be eliminated but seasoned and buoyed up with love and hope.” -John Piper

“Jesus is the hope of the world and the local church is the vehicle of expressing that hope to the world.” -Andy Stanley

“You can look forward with hope, because one day there will be no more separation, no more scars, and no more suffering in My Father’s House. It’s the home of your dreams!” -Anne Graham Lotz

“Simply by our proximity to Jesus, we can bring hope and life to people and places trapped in discouragement and despair.” -Louie Giglio

“The only hope for this or any other society is to hear the Word of the Lord and obey.” -John MacArthur

“We must restore hope to young people, help the old, be open to the future, spread love. Be poor among the poor. We need to include the excluded and preach peace.” -Pope Francis

“We truly believed in something back then, and we knew we were the kind of people capable of believing in something – with all our hearts. And that kind of hope will never simply vanish.”-Haruki Murakami

“Hope. It’s like a drop of honey, a field of tulips blooming in the springtime. It’s a fresh rain, a whispered promise, a cloudless sky, the perfect punctuation mark at the end of a sentence. And it’s the only thing in the world keeping me afloat.”-Tahereh Mafi

“Hope itself is like a star – not to be seen in the sunshine of prosperity, and only to be discovered in the night of adversity.”
-Charles Haddon Spurgeon

Whether we think about it or not, hope is a part of everyone’s life. Everyone hopes for something. It’s an inherent part of being a human being. Hope helps us define what we want in our futures and is part of the self-narrative about our lives we all have running inside our minds.

If you believe that life is always fair and designed to be only a joyful ride, think again. If you expect that life owes you something, you may be setting yourself up for massive disappointment. That’s because life can sometimes be quite unfair. It will throw curveballs at you and will confront you with obstacles that seem larger-than-life. It is also possible that you will encounter stages of life during which trials and tribulations will rain down upon you.

Posted in Inspiration, Quotes
← Quotes On KnowledgeQuotes On Creativity →
Scroll To Top