Home » Quote » Entrepreneurship Quotes To Motivate You To Take The First Step. 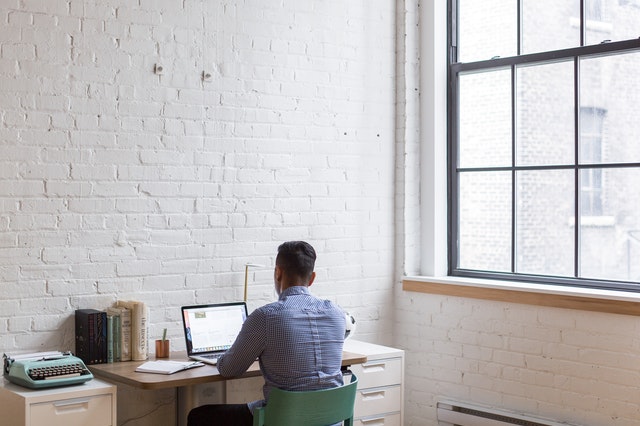 “Success is not final; failure is not fatal: it is the courage to continue that counts.” – Winston Churchill

“Play by the rules, but be ferocious.” – Phil Knight

“Business opportunities are like buses, there’s always another one coming.” – Richard Branson

“Every problem is a gift—without problems we would not grow.” – Anthony Robbins

“You only have to do a few things right in your life so long as you don’t do too many things wrong.” – Warren Buffett

“Success usually comes to those who are too busy to be looking for it.” – Henry David Thoreau

“And the day came when the risk to remain tight in a bud was more painful than the risk it took to blossom.” – Anaïs Nin

“There’s no shortage of remarkable ideas, what’s missing is the will to execute them.” – Seth Godin

“I owe my success to having listened respectfully to the very best advice, and then going away and doing the exact opposite.” – G.K. Chesterton

“I don’t know the word ‘quit.’ Either I never did, or I have abolished it.” – Susan Butcher

“Far and away the best prize that life offers is the chance to work hard at work worth doing.” – Theodore Roosevelt

“Even if you are on the right track, you’ll get run over if you just sit there.” – Will Rodgers

“The real test is not whether you avoid this failure, because you won’t. It’s whether you let it harden or shame you into inaction, or whether you learn from it; whether you choose to persevere.” – Barack Obama

“Forget past mistakes. Forget failures. Forget everything except what you’re going to do now and do it.” – William Durant

“Imagination is everything. It is the preview of life’s coming attractions.” – Albert Einstein

“Character cannot be developed in ease and quiet. Only through experience of trial and suffering can the soul be strengthened, ambition inspired and success achieved.” – Helen Keller

“The first one gets the oyster, the second gets the shell.” – Andrew Carnegie

“The way to get started is to quit talking and begin doing.” – Walt Disney

“Only the paranoid survive.” –Andy Grove

“The secret of change is to focus all your energy not on fighting the old but on building the new.” — Socrates

“Don’t take too much advice. Most people who have a lot of advice to give — with a few exceptions — generalize whatever they did. Don’t over-analyze everything.  I myself have been guilty of over-thinking problems. Just build things and find out if they work.” — Ben Silbermann

“If your actions inspire others to dream more, learn more, do more and become more, you are a leader.” — John Quincy Adams

“Every time we launch a feature, people yell at us.” — Angelo Sotira

“Be undeniably good. No marketing effort or social media buzzword can be a substitute for that.” — Anthony Volodkin

“What do you need to start a business? Three simple things: know your product better than anyone, know your customer, and have a burning desire to succeed.” — Dave Thomas

“If you can’t feed a team with two pizzas, it’s too large.” — Jeff Bezos

“If people like you, they’ll listen to you, but if they trust you, they’ll do business with you.” — Zig Ziglar

“If you are not embarrassed by the first version of your product, you’ve launched too late.” — Reid Hoffman

“The value of an idea lies in the using of it.” — Thomas Edison

“The stars will never align, and the traffic lights of life will never all be green at the same time. The universe doesn’t conspire against you, but it doesn’t go out of its way to line up the pins either. Conditions are never perfect. ‘Someday’ is a disease that will take your dreams to the grave with you. Pro and con lists are just as bad. If it’s important to you and you want to do it ‘eventually,’ just do it and correct course along the way.” — Tim Ferriss

“Make every detail perfect and limit the number of details to perfect.” — Jack Dorsey

“Always look for the fool in the deal. If you don’t find one, it’s you.” — Mark Cuban

“Your most unhappy customers are your greatest source of learning.” — Bill Gates

“If you just work on stuff that you like and you’re passionate about, you don’t have to have a master plan with how things will play out.” — Mark Zuckerberg

“If you define yourself by how you differ from the competition, you’re probably in trouble.” — Omar Hamoui

“When you find an idea that you just can’t stop thinking about, that’s probably a good one to pursue.” — Josh James

“Make the most of yourself by fanning the tiny, inner sparks of possibility into flames of achievement.” — Golda Meir

“There’s nothing wrong with staying small. You can do big things with a small team.” — Jason Fried